A few days ago we highlighted the finer points of our Axis photo contest winners. Today we’ll be going through the same process with our allied winners. We’ve said this a hundred times, but it was a real pleasure to see everyone’s impressions and we can’t wait to do our WWI contest in November.

I have to admit my favorite photos to scroll through are allied impressions. My personal reenacting has always been on the side of the “good guys,” so I love seeing unique impressions I can use to tweak little parts of my own. 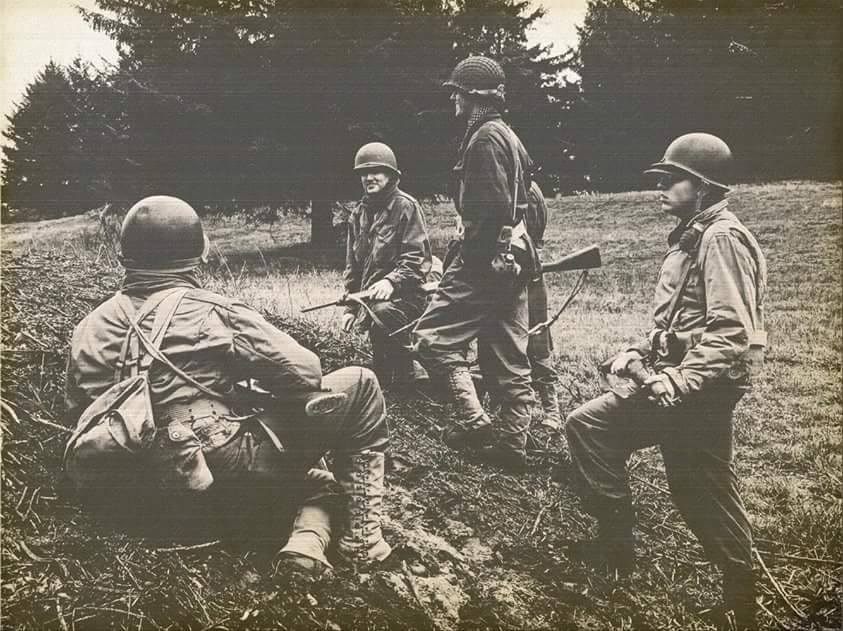 Our first place winner was submitted by Mitchell Babarovich. It was our hands down winner, with only a few other photos being considered. As always, we looked for original quality pictures and this one could not seem more real. It looks like the candid shots you often see of GIs waiting around before an attack or gathered in the rear shooting the shit. The picture was taken at Camp Rilea in Warrenton, OR on December 5th, 2016 at Army Group 1944s annual Ost-West-Kampf. The unit featured is the 41st Armored Infantry Regiment, 2nd Armored Division. They’re part of the organization, Army Group 1944. Near the end of the Saturday of the event, the 41st AIR was positioned behind a berm next to a small patch of trees that overlooked a road on which a German light armor column was expected to drive down. No word from the photographer on whether the krauts ever made that push, but either way it turned into a great shot. 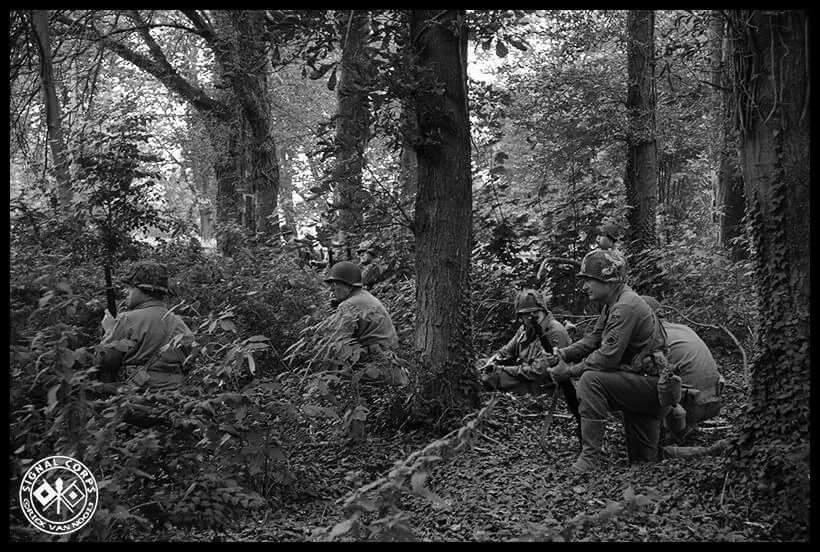 The only thing that sets this photo apart from our winner was the fact that I couldn’t see any facial expressions on the GIs pictured (which always really adds to the photo). The original quality is second to none and the backdrop is absolutely perfect. Which makes sense as the photo was snapped during the last fews days of the 2nd Armored in Europe trip “The Pursuit.” One of the greatest events I’ve ever heard of, the envy I feel for everyone in this photo cannot be measured. The photo was taken outside the German held airfield in Cambrai-Niergnes. The photo was taken by Rick van Nooij with a period camera. Featured in the photo (left to right) are Scott Hatch, Lew Ladwig, William Quayle (behind rifle) and Dave Dantzler. The 2nd AD boys are waiting for a mortar barrage to get started before making their advance. Like I said, the envy can’t be measured.