“Winter Wonderland” – Why Cold Weather Events are the Best Events

The reenacting season comes and goes. It tends to heat up in the summer and fall, then ease off in the hot summer months and dead of winter.

During these times it’s easy to get in a “reenacting rut.” There’s nothing to plan for, no buzz on Facebook or online forums about upcoming events. Personally I see why the hot months of July and August are less than inviting. Wool and humidity are a real bitch when they’re paired together.

On the other hand, the winter lull, when many a reenactor looks out his window and shudders at the thought of venturing into the chill, is my favorite time to get into the field.

I believe it starts with the mystery and mystique surrounding the Battle of the Bulge. By far the most popular battle to reenact during the holiday season, the history of the bulge is incredible. What soldiers of both sides endured during the winter of 44-45 is truly amazing. 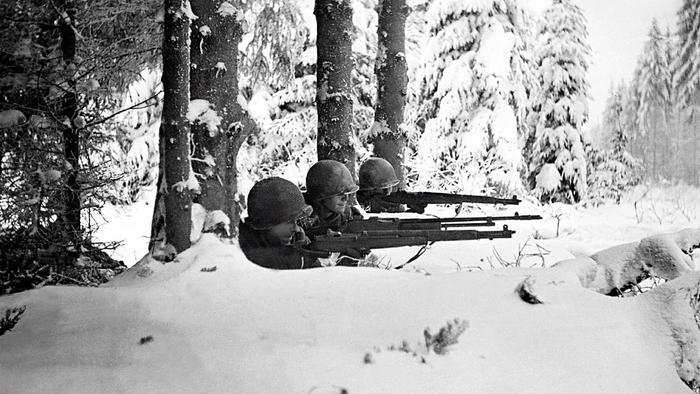 I can’t imagine what it would’ve been like to fight in WWII. The pain and horror can only be understood by those who experienced it firsthand. But take all that suffering and death and throw sub zero temperatures, a foot of snow and blizzard condition winds on top of it and the scenario becomes unthinkably horrific. I’ve spent hours, days maybe, thinking about how any human being could endure those conditions. I still don’t know how anyone did it.

(Just for the record, I know conditions on the Eastern front were even worse, but I have little to know experience researching or reenacting it).

That’s what makes cold weather events so enticing to me. Spending 24 hours “living it” always leaves me in awe of how the real guys could’ve survived weeks in those conditions. 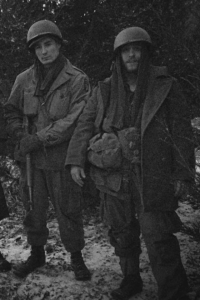 These events also allow me to “pull out all the stops” so to speak. Improvising with how to carry everything you need has always been one of my favorite parts of the hobby and it’s never more important than during a winter event.

This is made even more exciting by how ill prepared the allies were during this time. So often you see infantrymen carrying almost no gear, everything thrown in pockets or stuff down the front of a field jacket.

You also have to figure out how to carry your sleeping gear. I’d like to eventually work up to going without that but have never had the balls to venture out for a night without multiple wool blankets or a period bag carried in a hobo roll.

My unit does an overnight tactical in central Minnesota every December. We sleep in foxholes smack dab in the middle of a large stand of planted evergreens. I couldn’t imagine an area that looks more like Belgium if I tried. 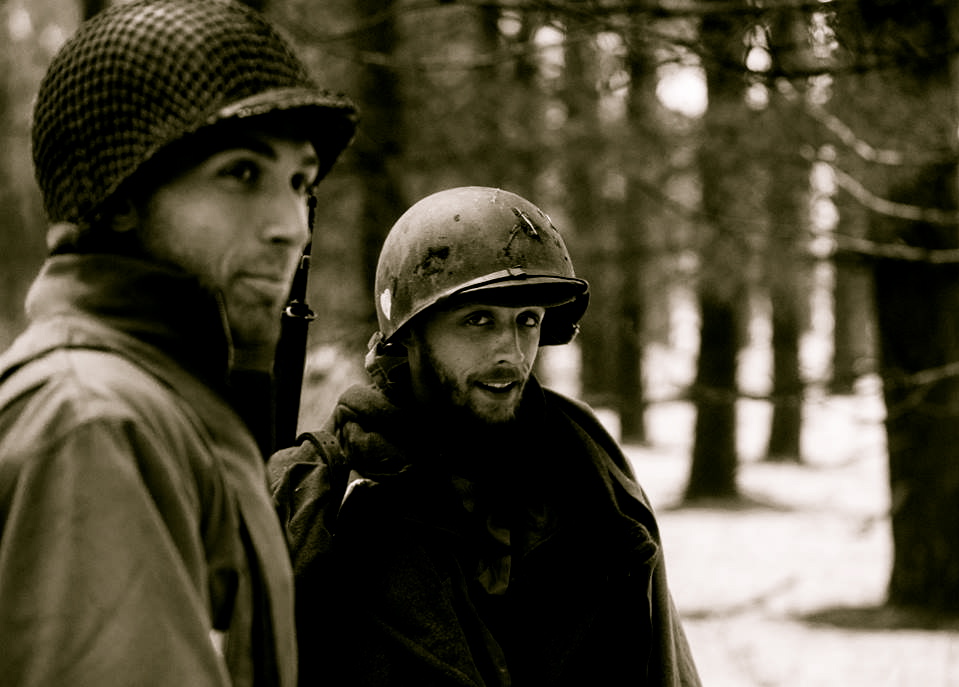 The feeling I get when I’m there is amazing. It’s frightening actually, when you feel the cold setting in. You know that at least for the next 24 hours, there’s no way to get warm. No heaters, no campfires, no Gortex boots. “Deep cold” as I call it, cold that shakes you to your bones, is one of the worst feelings I’ve ever experienced.

The night after the event when I’m back home in my toasty warm bed I remember what that felt like and shudder. Then I realize for the real guys in the winter of 44-45, there was no warm bed to be had. They would still be out there for weeks, maybe months. And there’d be people trying to kill them. It’s at this very moment every year that my appreciation and amazement at what those men went through is at its highest level. And that makes it worth it.

Check out this video to take a look at the event we do every December!