New Home / Uncategorized / “Life on the Other Side” – Active Duty Veteran Brandon Strand Chats About His Transition From The ‘Real Deal’ to Reenacting
January 11, 2017

It takes all kinds, as the old saying goes. WWII reenacting is no different. Many kinds of people are attracted to the hobby. You have your gun nuts, your vintage vehicle nuts, folks who love all eras of history and those who’s interests lie exclusively in the Second World War. Among those groups are military veterans who’ve come to reenacting since leaving the “real deal,” so to speak.

This portion of the reenacting population brings untold levels of insight and experience to the hobby. Nobody knows how to act like they’re in the military better than someone who’s… actually done it. Yet it can also be difficult for some to escape the mindset of the modern military when they transition to the 1940s military.

I recently sat down with one of these veterans. Brandon Strand, a veteran of Iraq and Afghanistan whose recently picked up the hobby. Here’s what he had to say about his time in the military and his transition to the hobby.

How long have you been reenacting and what unit do you reenact with?

How did you become aware of the hobby?

I became aware of reenacting when one of my prior Soldiers in the National Guard was in the process of filming a movie in Minnesota. He invited me to film with him as an extra in the film. During the filming I learned that most of the extras do this as a hobby. This intrigued me and shortly after I joined F Company.

What interested me in joining the group was during the filming of the movie I heard about an event called Dundas that was coming up in a few months. I thought it sounded interesting and I would attend. After I spent the weekend participating in my first event I was hooked. It brings back all the nostalgia of the Army that I missed without any of “The Suck” as Service members as so aware of in their everyday life. 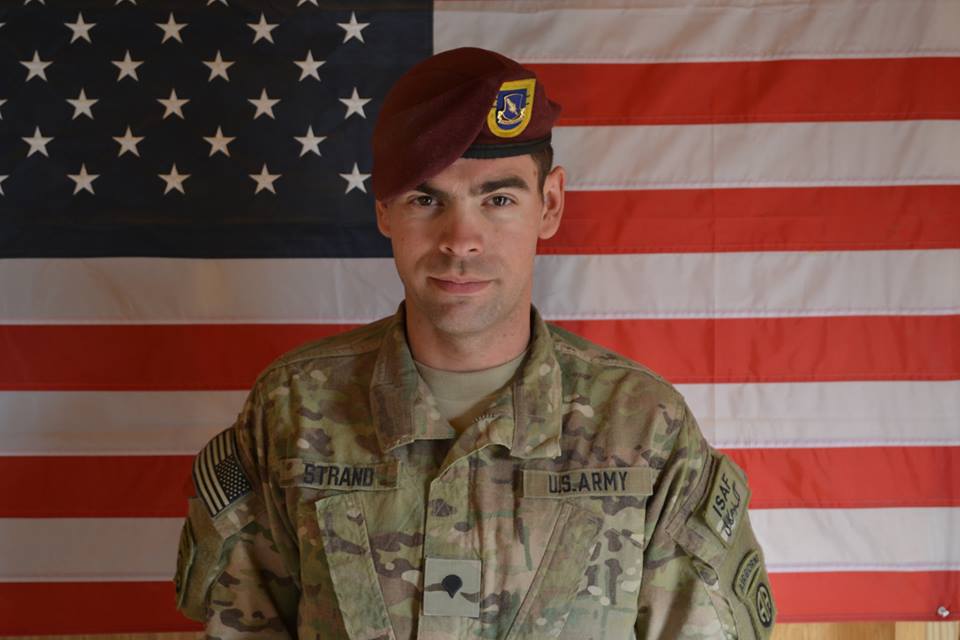 When did you enlist in the military and why?

I joined the Army when I was 24 years old. I was one of the older Service Members as many joined at our around 18 years old. I had always wanted to serve my country and join, but life, school, and a woman initially delayed my joining. I personally think that it’s every person responsibility to pay service to their nation whether through volunteering or service.

What units did you serve with? 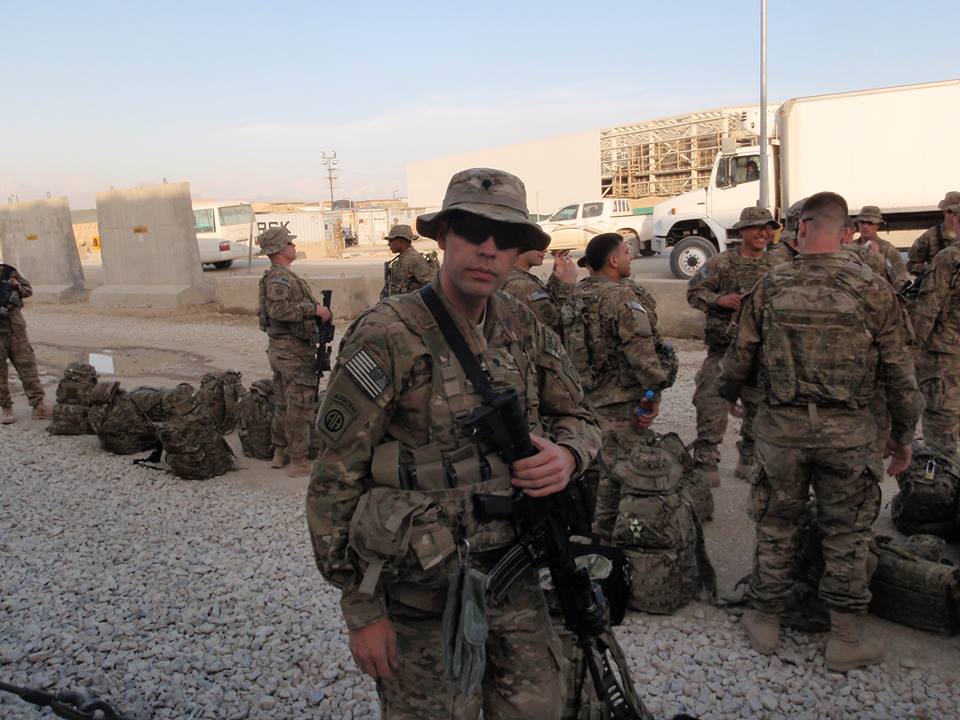 I did a short stint in the Special Forces, but due to injury was not allowed to continue training. I spent the majority of my Active time in the 82nd ABN Division, Bravo Company 2-504th PIR in North Carolina. After 5 years I moved back home to Minnesota and spent 1 and ½ years in 34th INF Division in Alpha Company 2-135th light Infantry and 1 ½ years in the 34th INF Division in Bravo Company 1-194th Mechanized Bradley Unit.

Where and when were you deployed?

I’m sure there are some similarities between today’s military and our representation of the WWII military. What are some of the best examples of how “unchanged” the military had remained in the last 75 years?

Lol, yes there are many similarities between our representation of the WW II military and that of today. The most common one is the hurry up and wait. Whenever something comes up it’s a frenzy of activity to quickly carry out a task and by the end of it you’re always waiting on someone else or a time hack and then your just standing around shooting the shit telling stories to get the time to pass. 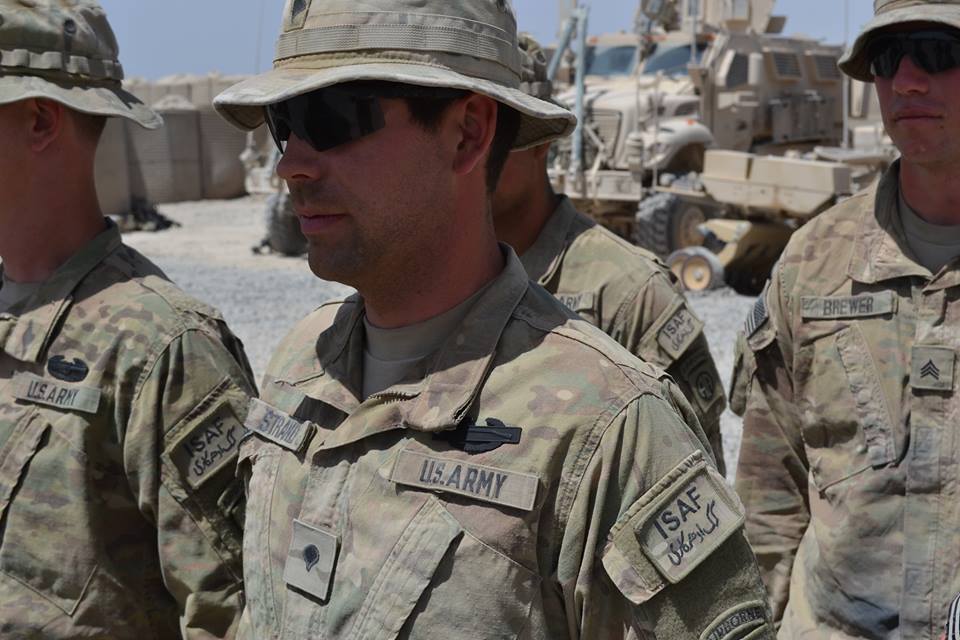 Have you found it difficult to “unlearn,” so to speak, some of what you were trained in the military, such as how to carry your rifle or the appropriate terminology for things?

Yes, you spend so much time carrying your rifle in the current low ready position of today so you have to actively remember to forget if that makes sense. Also I’ll start talking about teams, letters or movements and by default I will use Alpha, Bravo instead of Able, and Baker. It does get hard to unlearn 8 years of habits, but after a few events it becomes more natural.

Even though you served with the 82nd, how’s it feel to portray the soldiers in reenacting that made the airborne you served in so famous and elite?

Amazing, we all look up to the Greatest Generation during the Greatest War with respect. There is so much nostalgia for them, what they did, and what they lived through. When you put that uniform on it makes you feel a part of something bigger than yourself. You hold yourself up to a higher standard you want to live up to that uniform. With that you also have a bit of arrogance, and cockiness. Lol well, a lot more than a bit. You don’t think you’re the best you simply know you are. This just makes you want to do better and strive to be better than anyone else. 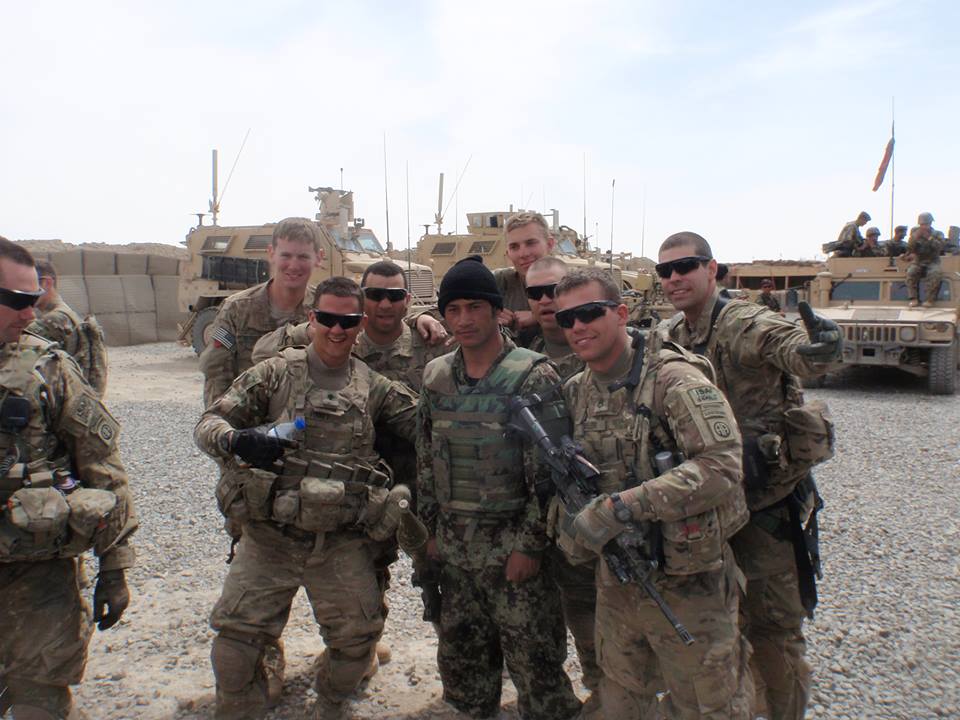 How has your service helped you become a better reenactor?

You have been there and done that. Even though they went through different training there is something about service members that set us apart from the rest of civilians. Even though the terminology and movements are slightly different you have a base of knowledge to draw upon.

On the other side, do you think experience in reenacting could help someone preparing to join the military?

Yes, you do get some military bearing, such as chain of command, and duties. You also build up comfort for being in the woods and practicing in military exercises even if it’s a little bit different than the way we do things now. You gain a level of comfort.

What are some of the most important things you can teach reenactors who have no military experience about how to portray a solider?

What’s your favorite part about reenacting so far?

The Comradery is one of the best parts, but my favorite part is the tactical portion. I love being in the woods, I love practicing the movements. The quiet of the movements through the woods, the tense in the air before battle, the smell of sulfur after rounds have been fired.

Even though it’s on a vastly smaller scale, do you feel a sense of comradery amount your reenacting group that’s reminiscent of your experience in the military?

Yes, it is a different level as when I was active I was with the guys 7 days a week, 24 hours a day for 5 years. But there is a shared experience between the reenactors and myself.

Having experienced life in a combat zone, have there been moments in reenacting that have challenged you emotionally, so to speak?

In terms of flash backs or issues I have not had any difficulty. But emotionally it does stir a lot of memories and emotions about my time in the service, and time with my brothers. It brings back thoughts of all the down time smoking and joking with my brothers. The deep conversations of marry one, fuck one, kill one and would you rather…. As well as plans and hopes for the future.

Casey Sill administrator
Prev postNext post
By: Denny Hair This has been a long journey. The series is really only one book that is divided
Read More 0
Greetings Tankers! Project38 is going to build a tank. A rowdy crew of engineers, historians, reenactors, builders and
Read More 0
By: Will Moul Putting together your own K rations for consumption sounds like a fun and cheap way
Read More 0
Does anyone remember ‘Reenactor Parking?’ I used to love those comics, I think I actually printed a couple
Read More 0
Christmas money can be spent any way you want. I was at a tattoo shop today and the
Read More 0
Authenticity. Some folks have it, and they’re assholes that go out of their way to demean other reenactors
Read More 0
We posted an article on the MTL blog about a month ago telling everyone why we think cold
Read More 0
I had lunch with a small group of reenactors last weekend. The conversation was usual reenacting banter, who’s
Read More 0
If reenacting was a religion, and some would consider it to be, the battlefields of Europe would be
Read More 0
Every war movie released since 1998 has been dubbed “the best war film since Saving Private Ryan.” “Hacksaw
Read More 0