Eric Krelle’s home in Omaha, Neb. is neat and tidy. There’s freshly trimmed grass in the backyard where his three children play aimlessly on summer evenings.

Their games quite often make his Instagram account. Playing army or Captain America with his two boys Grant and Rowan. Or dress up with Tatum, his only girl and eldest of the three. His photos tell the stories of their imagination and his words beneath them tell the story of his affection.

This is the story of another photo Krelle has deep affection for. A photo that for the last 71 years has told the world of six men who raised a flag on a tiny speck of black earth called Iwo Jima. 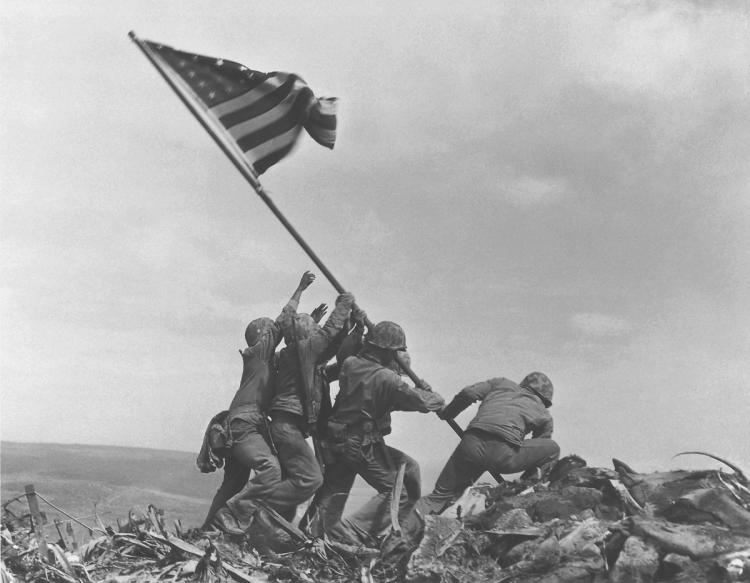 Krelle had probably seen the image 10,000 times. A long time amateur historian and reenactor, he was no stranger to the story of that photograph or the horrendous battle that surrounded it.

One December evening in 2013, Krelle was contacted by a mutually obsessive friend who said he believed John Bradley, one of the six famous flag raisers, was not actually in the photograph. Krelle decided to take a deeper look.

“As soon as I looked at the evidence I began my personal investigation into the identities of the flag raisers,” Krelle said.

The names of the six men in that photograph had long stood tall, etched in stone. Books had been written, movies had been made. Each of the survivors had passed, taking with them the only first hand knowledge of what happened that day on Suribachi. Yet Krelle saw substantial evidence Bradley was not one of the flag raisers.

“We felt very confident in the assertion that John Bradley was not in the photo,” said Krelle. “But that the figure was actually Franklin Sousley.”

Sousley, another of the already named flag raisers, was initially thought to be directly to the left of Bradley. But if Bradley was actually Sousley then who was the figure thought to be Sousley? 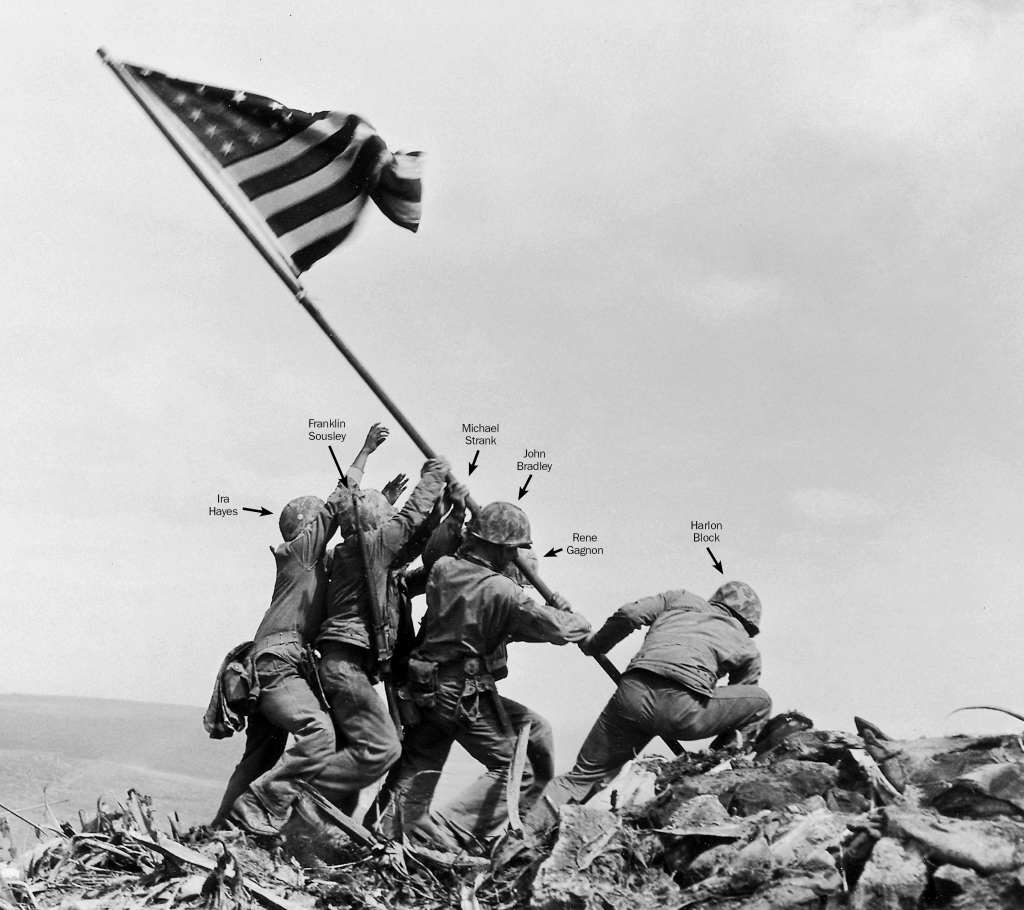 The original identities of the flag raisers

Anyone who’s spent any substantial amount of time in the hobby of reenacting knows how much the details matter. A button is the wrong shade of grey or shines too much in the moonlight. The spoon of a grenade can give away its era. This photograph was no different for Krelle.

He began looking at the minute details over and over again. Dozens of hours of research turned to hundreds. Every inch of the photograph fussed over and evaluated. Every bit of video paused, then played, then paused again.

A little less than three months into his research, Krelle made a breakthrough.

“On the night of February 26, 2016, I came to the discovery that PFC Harold Henry Schultz was the mystery flag raiser,” Krelle said.

The giveaway was as subtle as they come. The strap on Schultz’ helmet liner was hanging off one side, dangling in his face. Krelle had seen this in the video taken during the flag raising but couldn’t make out exactly what it was.

“I then began to find other photos of a marine on Suribachi who had a strap-like object hanging from his helmet,” Krelle said.

Cross referenced with a photo taken on the summit after the flag went up, Krelle saw a dark shadow on the face of one man, caused by his chinstrap hanging in front of his face. That man, named in the caption of the photo, was Harold Schultz. 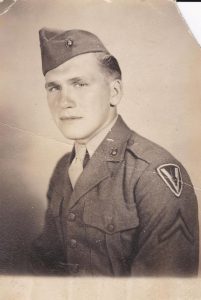 “I was so overjoyed and excited I think I basically ran around the house saying, ‘oh my god!’ over and over again,” said Krelle. “I kept pulling up every known photo of Schultz from that day and every single image or piece of video confirmed my findings.”

Thinking the whole thing was settled, Krelle took to one of his blogs to write about his findings, but realized he couldn’t stop there.

“Even though I thought I had solved one of history’s greatest mysteries, no one was going to find out about it on my little website,” Krelle said.

He gathered up his research and contacted the Omaha World-Herald. They ran a very lengthy piece on Krelle’s findings in the living section in November 2014. The story quickly began to acquire a very modest national audience.

Most of the audience was made up of skeptics, some more vocal than others. Krelle was called everything from “someone with too much time on his hands” to “an American traitor.”

Once the story caught wind, one of Krelle’s most daunting critics was the Marine Corps itself. Not an organization known for its compassion, the corps was hesitant to accept the idea there had been a long-standing mistake in its most famous photograph.

“I think the Marine Corps steadily stood by their identification for 70 years,” said Krelle. “And it took some pretty compelling research to make them change their minds.”

The new identities of the flag raisers

But Krelle’s research was just that. Compelling, conclusive and downright irrefutable. On June 26, 2016 the Marine Corps officially recognized Harold Schultz as one of the six flag raisers.

Krelle became interested in WWII in elementary school. He’s spent a great portion of his life reading about as well as recreating the time period. Like all reenactors, he’s obsessive about the hobby and dedicated to his research. Helping change the history of that photo was and still is beyond his imagination.

“To find myself involved with a project where I was able to personally make a lasting mark on that history is unbelievable,” he said. “Every time I see (that photograph) now it makes me smile a little inside.”

Krelle will never again be a part of something so special, but his work will leave something behind. A legacy or sorts, something not only he can remember but his three children can look on with pride long after they’ve stopped playing Captain America in the backyard. Another testament of their dad’s imagination and affection, this one will last forever.

“All along I’ve had this vision that my children will be standing in front of the Marine Corps memorial in Washington D.C.,” he said. “Looking down they’ll see the name Harold Henry Schultz and they’ll look at each other and proudly say ‘that’s because of our dad.’”