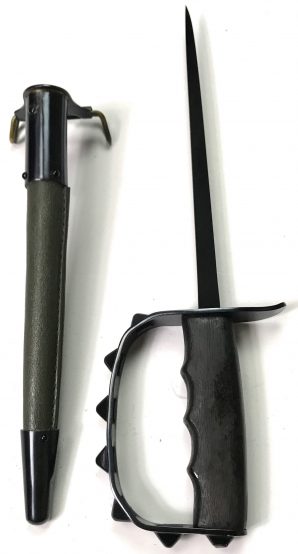 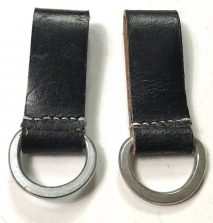 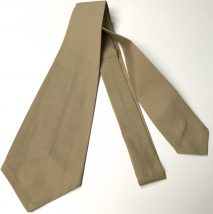 The first official U.S. trench knife adopted for service issue was the U.S. M1917 trench knife designed by Henry Disston & Sons, and based on examples of trench knives then in service with the French Army. The M1917 featured a triangular stiletto blade, wooden grip, metal knuckle guard, and a rounded pommel. The M1917 proved unsatisfactory in service, and a slightly improved version, the M1918, was adopted within months. Despite this, the M1918 is almost identical to the M1917, differing primarily in the construction and appearance of the knuckle guard. Usable only as stabbing weapons, the M1917 and M1918 frequently suffered broken blades. Their limited utility and general unpopularity caused the AEF to empanel a testing board in 1918 to test various trench knives and select a replacement.

$19.95
Add to cart
Compare
Wishlist
Back to Top