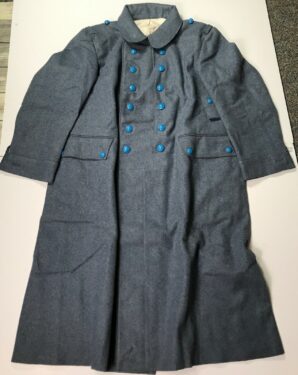 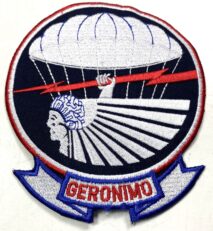 At the outbreak of war the French Army retained the colourful traditional uniforms of the nineteenth century for active service wear. These included conspicuous features such as blue coats and red trousers for the infantry and cavalry. The French cuirassiers wore plumed helmets and breastplates almost unchanged from the Napoleonic period. From 1903 on several attempts had been made to introduce a more practical field dress but these had been opposed by conservative opinion both within the army and amongst the public at large. In particular, the red trousers worn by the infantry became a political debating point. Adolphe Messimy who was briefly Minister of War in 1911-1912 stated that “This stupid blind attachment to the most visible of colours will have cruel consequences”; however, in the following year, one of his successors, Eugène Étienne, declared “Abolish red trousers? Never!”

In order to appease traditionalists, a new cloth was devised woven from red, white and blue threads, known as “Tricolour cloth”, resulting in a drab purple-brown colour. Unfortunately the red thread could only be produced with a dye made in Germany, so only the blue and white threads were used. The adoption of the blue-grey uniform (known as “horizon-blue” because it was thought to prevent soldiers from standing out against the skyline) had been approved by the French Government in June 1914 but new issues had not been possible before the outbreak of war a few weeks later.

The very heavy French losses during the Battle of the Frontiers can be attributed in part to the high visibility of the French uniforms, combined with peacetime training which placed emphasis on attacking in massed formations.The shortcomings of the uniforms were quickly realized and during the first quarter of 1915 general distribution of horizon-blue clothing in simplified patterns had been undertaken. The long established infantry practice of wearing greatcoats for field service, buttoned back when on the march, was continued in the trenches. British-style puttees were issued in place of leather gaiters from October 1914.The French Army was the first to introduce steel helmets for protection against shrapnel, and by December 1915 more than three million “Adrian” helmets had been manufactured.

The horizon-blue uniform and Adrian helmet proved sufficiently practical to be retained unchanged for the remainder of the war, although khaki of a shade described as “mustard” was introduced after December 1914 for the North African and colonial troops serving in France.