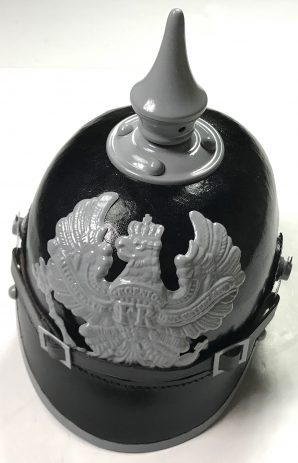 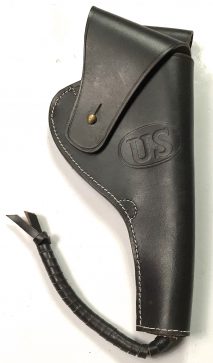 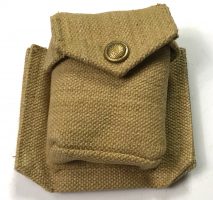 ONE SIZE ONLY: M-L

All helmets produced for the infantry before and during 1914 were made of leather. As the war progressed, Germany’s leather stockpiles dwindled. After extensive imports from South America, particularly Argentina, the German government began producing ersatz Pickelhauben made of other materials. In 1915, some Pickelhauben began to be made from thin sheet steel. However, the German high command needed to produce an even greater number of helmets, leading to the usage of pressurized felt and even paper to construct Pickelhauben.
The Pickelhaube was often used in propaganda against the Germans as in this World War I poster (Harry R. Hopps; 1917)
During the early months of World War I, it was soon discovered that the Pickelhaube did not measure up to the demanding conditions of trench warfare. The leather helmets offered virtually no protection against shell fragments and shrapnel and the conspicuous spike made its wearer a target. These shortcomings, combined with material shortages, led to the introduction of the simplified model 1915 helmet described above, with a detachable spike. In September 1915 it was ordered that the new helmets were to be worn without spikes, when in the front line.[8]

Be the first to review “M1915 PICKELHAUBE HELMET-PRUSSIAN” Cancel reply