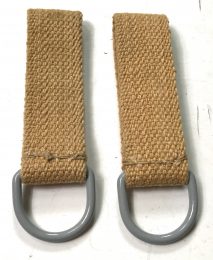 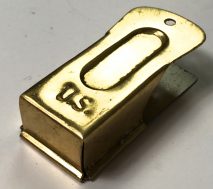 Usually associated with the landings in North Africa, and some early airborne operations, this pattern flag is an armband and it is simply wrapped around the upper arm. However, some troops also cut the flag out and sewed it on. Correct, coated cotton canvas construction. The arm band is secured either with safety pins or cord passed through the holes. (Cord and/or safety pins NOT included.)

During landings and airborne operations, assault and paratroops were often issued large US flags to wear on their upper arms to help avoid “friendly fire” incidents. Most were discarded by the troops within days (or hours) as they a bit of a detriment to concealment. These are most often associated with airborne and glider units, but their issue was not exclusive to those troops.

$24.95
Add to cart
Compare
Wishlist
Back to Top