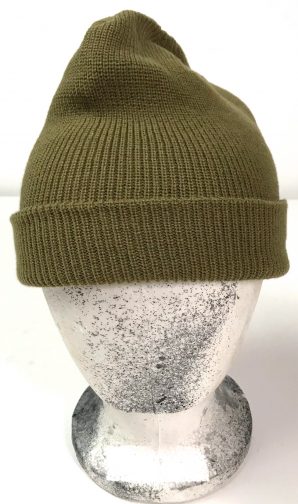 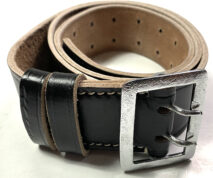 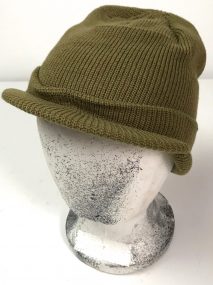 he A-4 knitted hat was issued to the USAAF mechanics in WW2 and where often used by air crew and US Airborne soldiers like the 101st and 82nd Airborne instead of the  Jeep cap.

The US Army A4 winter hat is made in one size and was standardised in 1941 for mechanics, this replica by Kay Canvas is made in the WW2 style with the 6 cross pattern on the crown with the correct tight weave and 1940’s green shade of brown colour.

This A-4 cap is a classic knitted watch hat as seen in many period photos and films like Kelly’s Hero’s.