It’s September. The leaves are starting to wither in the north breeze, clinging to what little life they have left. For most reenactors, the transformation of the seasons prompts one action. Gather up every bit of O.D. you own, toss it in the car and map your way to Illinois.

Rockford WWII days is consistently the largest WWII reenactment in the country. There’s no shortage of things to see and battles to partake in. For those of you who’ve never made the pilgrimage to the land of Lincoln in late September, we’re about to outline our top three things not to miss at this year’s event.

(I apologize if the tips are a little biased toward the allies. With the exception of one drunken night two years ago, I’ve only ever attended the event as a yank) 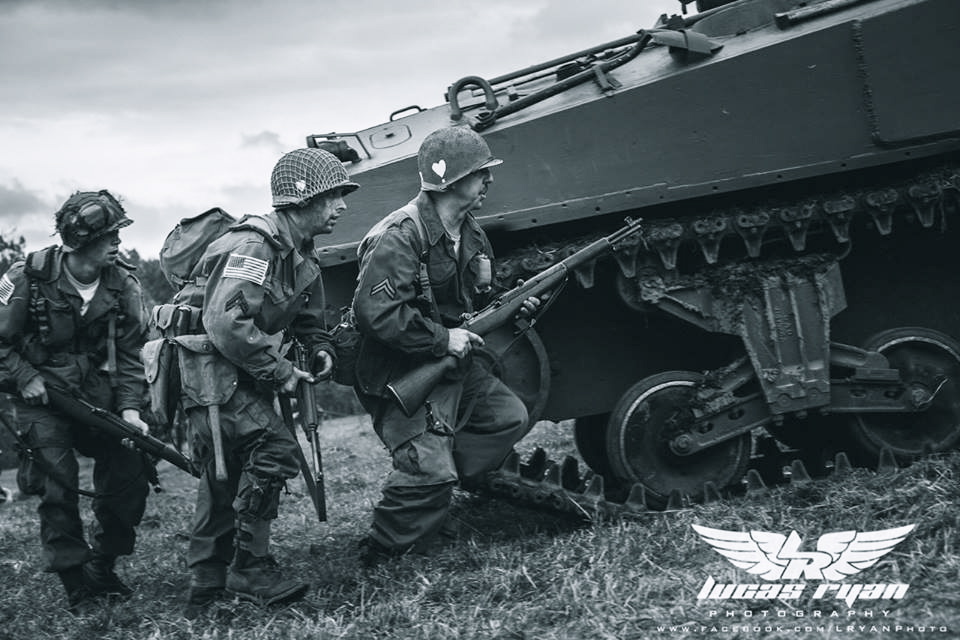 It can be one hell of a clustered mess and has prompted more than one angry conversation on who blew whose ear’s out, but with all the armor and those incredible pack guns the krauts bring out, it’s definitely a can’t miss. If you’re on the allied side, try your luck moving up the right side of the battlefield to grab the good cover near the WWI trenches. If your goal is to get in some amazing photos, push your way to the far left near the crowd and put your best combat face on. If you’re on the kraut side, put yourself near the pack guns for the best photo ops from photographers in the crowd. Remember to grab some business cards from them at the end of the battle so you can find the photos online. 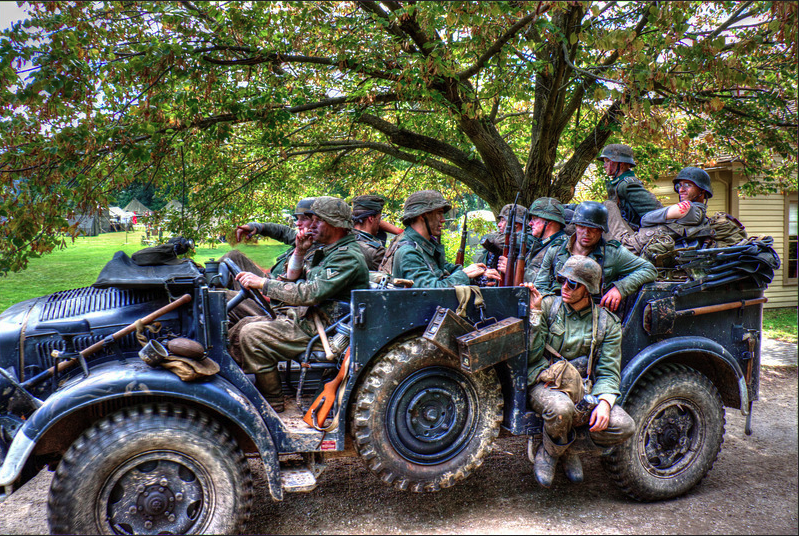 I’m not sure who these guys are, but they’re hands down the best German unit I’ve ever seen at this event, or any other for that matter. Definitely take the time to check them out.

They can be slightly overlooked, being tucked away from everything else, but it’s really worth a walk through the woods to check out all the cool living history displays the krauts put together. All the zeltbahn tents, foxholes, trenches and outright bunker complexes are amazing. The guys clearly put tons of work into these displays. If you’re a part of one of those units, just flip it in reverse and check out all the allied emplacements on the other side of the forest. One that comes to mind specifically is the mortar pit run by some leg infantry guys (9th ID? I can’t remember specifically). For my money it’s the best “in the field” display at the entire event.

During the day with all the families, bratty school kids and pulled pork food-trucks it can be a little hard to really time travel to the 1940s in the tent city. Once the sun goes down and the lanterns come out..it’s another world. The darkness hides just enough of the non-period eye sores. Even if it’s out of your way, take a stroll down the main road and let it all soak in. The gravel crunching beneath your boots and the idol chatter of half-drunk figures casting shadows on dimly lit tent flaps can really make you believe you’re walking around a marshaling area in England about to move down to the coast and board that big boat across the channel.